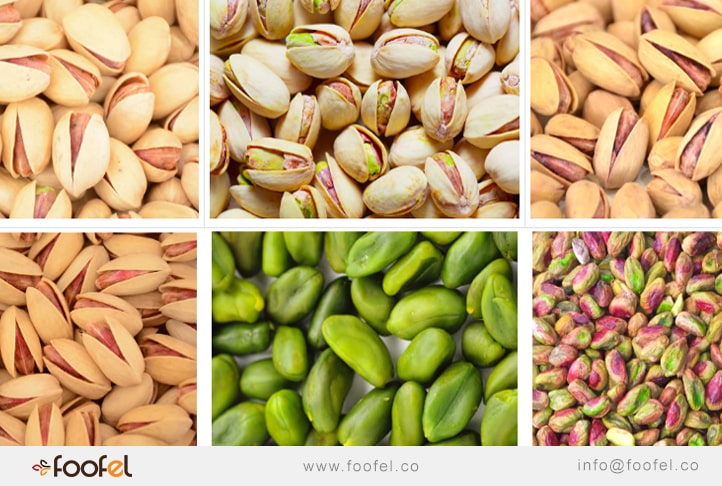 Export of Iranian pistachios and its types

Pistachio is a two-legged tree of dark pistachio lovers, which is known as Iranian pistachio in terms of quality. The domestic pistachio tree L. Vera Pistacia belongs to the genus Anacardiaceae. The genus Pistacia has 11 species, all of which secrete turpentine or turpentine. The plants of this genus are in the form of trees or shrubs.

Iranian pistachios This species of pistachio is smaller than other cultivars and is slightly smaller in size than hazelnut. Hazelnut pistachio is considered due to its small size and more units per unit weight, and has the highest amount of exports among its counterparts.

Iranian pistachios This type of pistachio is larger than hazelnut and has our best taste among other pistachios, so it is one of the most popular pistachios for export, which is widely consumed in East Asian countries.

Iranian pistachios This type of pistachio is larger than hazelnut and has our best taste among other pistachios, so it is one of the most popular pistachios for export, which is widely consumed in East Asian countries.

Iranian pistachios This type of pistachio has a large and round size and has its own unique taste.

Iranian pistachios This sample is used in the food industry for flavoring and use in ice cream and desserts. 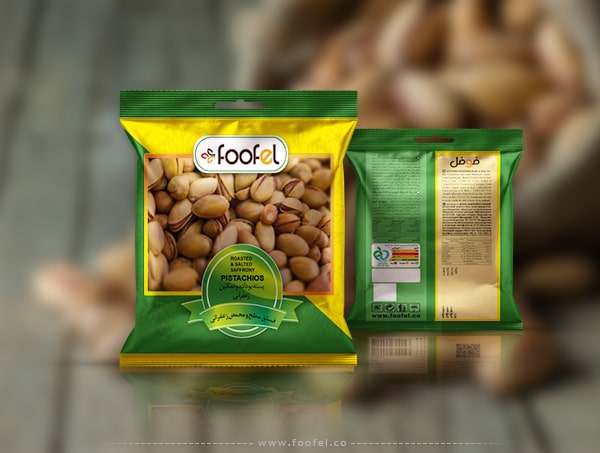 How to export pistachios to destination countries

In order to start the pistachio export process, the customer’s needs must be taken into account, which may vary depending on the destination country of the type of pistachio. Usually European countries are strict in this matter and the best quality pistachios are exported to these countries.

For example, many standards are about quality assurance tests for food. For example, food standards in Germany are very strict about aflatoxin levels, so only pistachios with very low levels of aflatoxin toxin in this country. They find a way.

According to the laws and regulations of the target country regarding the import of food, especially the standards for the import of nuts and food at the destination customs, which are required in all EU countries, to food safety certificates and compliance with authorized limits from reputable laboratories To be taken and for some special cases of food or medicine, to be approved by the Food and Drug Administration. It is mandatory to obtain permits and approvals from customs before proceeding with these steps.

Obtaining health certification for the export of pistachios and their products in terms of aflatoxin contamination is a somewhat time-consuming process that should be well considered in the export schedule of pistachios to prevent possible losses.

Going through the above steps is one of the requirements for pistachio exports. After preparing and supplying your cargo, suitable packages should be prepared for its transportation and all company information and cargo information should be included on the packages. Most of the time pistachios are exported in bulk, in which case you can hack the information on the sack or by labeling.

One of the easiest ways to go through the customs process is to use the customs capacity of the place where the cargo is supplied. To export pistachios, you can use the customs of Kerman province to go through the declaration process and standards, and so on. In this process, in order to obtain the necessary permits, the customs and the standard office require the exporters to obtain the health approvals of the product and the amount of aflatoxin available. Of course, if the export of pistachios is in the form of complete packaging of the company and has the health licenses of the packaging company, they do not need to be re-approved and this method is for the export of bulk pistachios.

In order to get the standard and hygienic approval, the existing load is first sampled and the odor is referred to the food and standard laboratory to obtain the plant health certificate.

In all of the above steps, you can also use the help and advice of companies and people in clearance to get through these steps quickly.

How to export pistachios (freight and transportation to the destination)

After going through all the above steps and obtaining the necessary licenses and standards, it is time for the pistachio billing process to take place. Despite many companies in the field of international transportation active in Iran, this stage is not very difficult and you can easily find a reputable company in the field. After finding a reputable company, review all the steps. Carefully inspect the container in which the pistachio load should be placed. If possible, disinfect possible insects and fungi. Especially if the cargo has to be transported at sea, high humidity can affect the cargo. For dried fruits such as dried figs, due to the high sensitivity of this material, a refrigerated container should be used so that it is not damaged during transportation.

Export of Iranian pistachios In the export of pistachios and other nuts and in the custom of international trade, it is very common that by submitting a delivery bill containing the buyer’s details to the international shipping company, they will settle the final account and bring the bill of lading and other documents along with the cargo to the buyer. They send the final goods for clearance. After arriving at the destination, the buyer will clear his cargo from the customs of the destination country with the same bill of lading and other documents, including standards, etc.

Iranian Pistachios In order to obtain a certificate of origin from the Chamber of Commerce, a shipping bill of lading is used, and after the issuance of this certificate of origin, it is sent to the final buyer with other documents so that pistachio exports can go through their final stages. In the following, you can read the article “Customs clearance steps” for more information about customs clearance.

Iran is one of the largest pistachio producing countries in the world and pistachio is one of the most valuable agricultural products in Iran. The export of pistachios and the export of dates in Iran to other countries of the world has a long history and is considered as one of the traditional trade of Iran. In recent years, with the US entering the pistachio export market, there has been close competition between Iran and the US over this lucrative trade, and the US has been able to grow its pistachio fields in California with the help of Iranians living in the US. To bring it to the level of Iran and even more. For more information on exporting different types of products, refer to the article “Export Analysis of Different Commodity Groups”.

On average, the value of Iran’s pistachio exports is $ 1.2 billion each year, which has been increasing or decreasing due to the conditions of Iran’s cultivation and sanctions. The third rival of Iran and the United States in recent years has been Turkey, although pistachio production in Turkey is very small against these two countries. 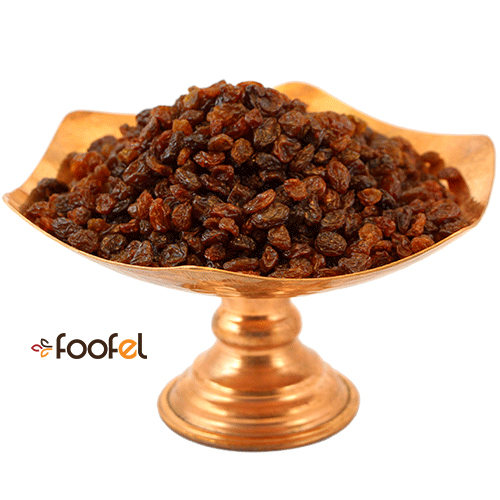 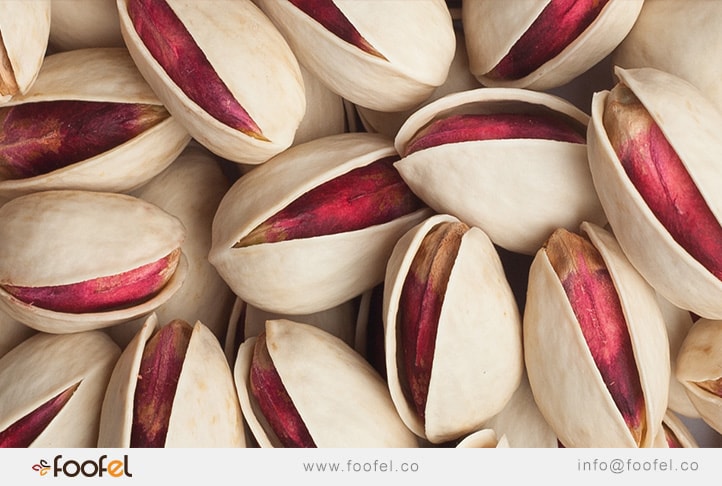 Iran is the second producer of pistachios in the world